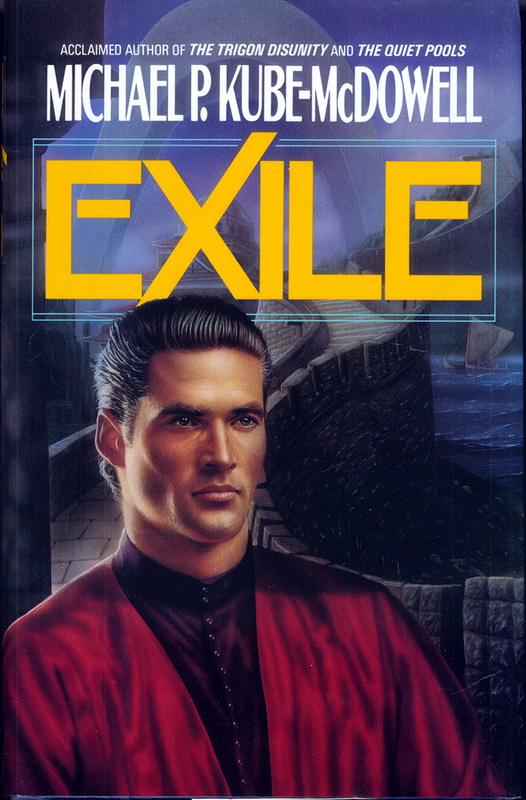 Cover art by Someone Talented

For
Gwendolyn Zak
and
Beth Fleisher,
for all the reasons they know,

and
for friends lost and left behind,
but warmly remembered.
Wherever Time has taken you,
May Fortune hold you gently in her hands.

“A true work of art…thoughtful and enthralling…this will stand as a classic in the field along with 1984 and Fahrenheit 451.”
— FOSFAX

“A moving, intelligent story of the search for truth and the struggle against oppression.”
— PUBLISHER’S WEEKLY

“Kube-McDowell depicts a civilization quietly gone awry in this compelling and disturbing story of a man’s recovery of his lost honor…On the basis of literary merit as well as good storytelling, Exile belongs in most SF collections.”
— LIBRARY JOURNAL

“Michael P. Kube-McDowell is a terrific writer who weds fast-paced adventure with emotionally involving human drama…Exile explores what happens when the evidence of a person’s own eyes contradicts what everyone else believes. Though it takes place on another planet, in a society vastly different from ours, it offers a universal exploration of the nature of friendship, loyalty, and courage.”
–SENSE OF WONDER