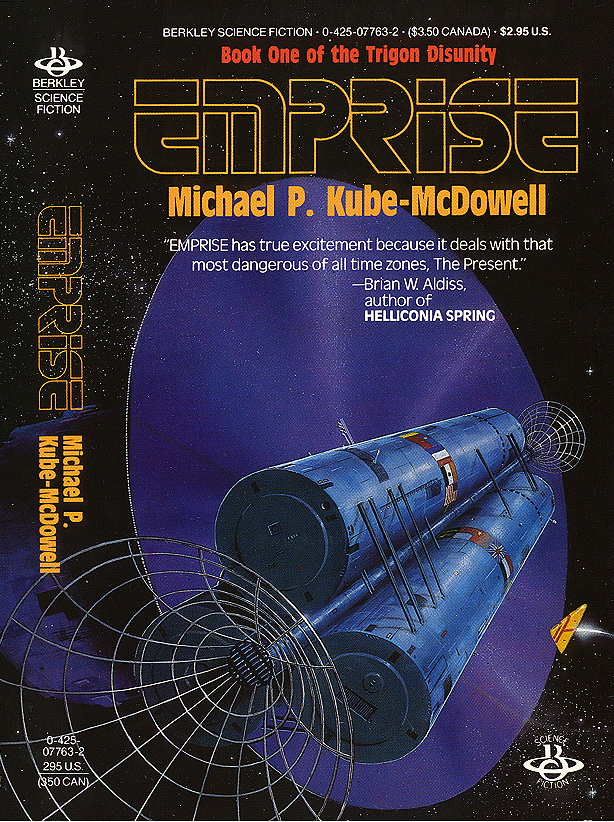 Dedication  –  For Janie, for believing, and Matt, for being.

“Here comes the kind of novel we need in the mid-Eighties: a novel which shows that humankind is, with all its faults, redeemable. Emprise has true excitement because it deals with that most dangerous of all time-zones: the present.”
—Brian Aldiss, author of The Trillion-Year Spree

“A heady mix of political intrigue and hard science as Earth reacts to its first interstellar contact. An impressive debut.”
—Julian May, author of The Many-Colored Land

“A fine first novel, the work of an alert intellect dealing with major issues…the first of a trilogy which should prove to be as fascinating as it is ambitious.”
—Faren Miller, LOCUS

“One of those rare books where the ideas, the plotting, the writing, and the characters are all first-rate.”
—Gene DeWeese, SCIENCE FICTION REVIEW