At the BBB’s final two concert dates in 1994, a limited edition Black Book Band souvenir “Brain Weasels Tour” t-shirt was offered to fans. It quickly sold out, despite certain inaccuracies and incongruities which crept into the tour calendar during editing: 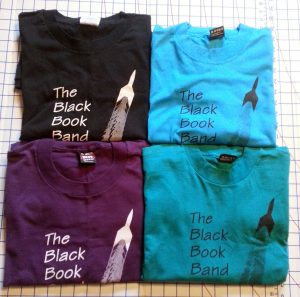 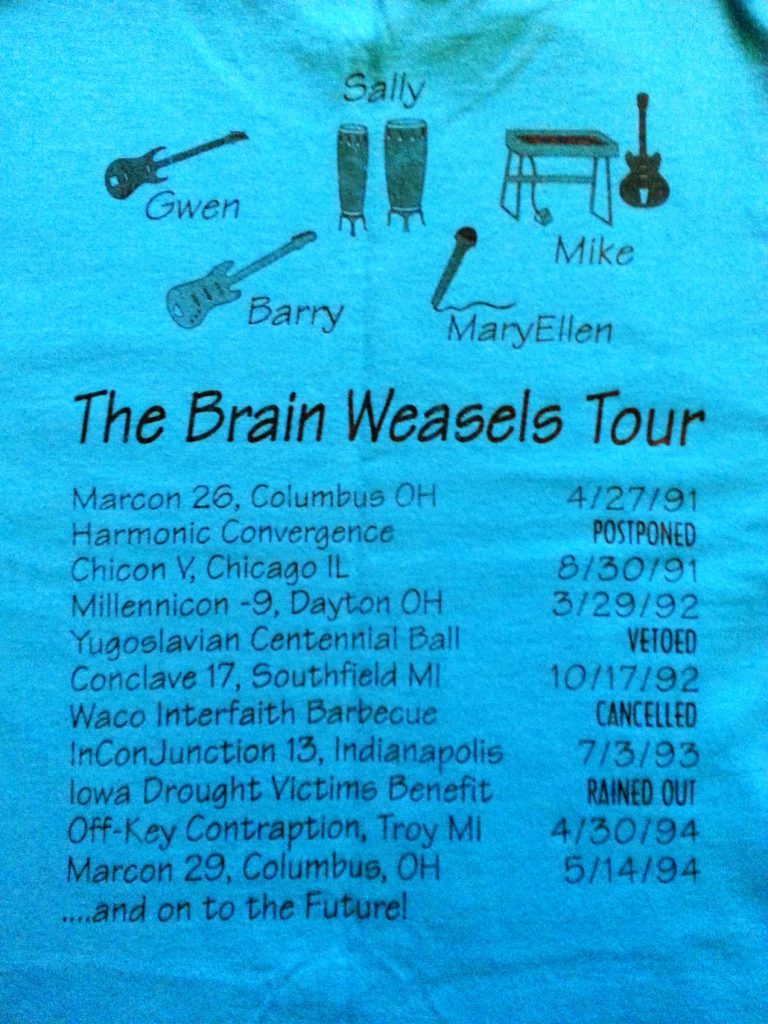 When OVFF invited the band back as Guests of Honor in 1998, an overly optimistic promoter conspired with the band’s recently laid off business manager to produce a bootleg “Heaven & Earth Tour” tee. There are rumors that drugs were involved. Despite the best efforts of law enforcement, most of these unauthorized souvenirs ultimately reached the fannish black market. The band has disavowed any responsibility, but is not ruling out Ramapalooza. 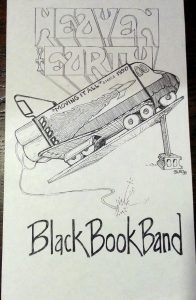 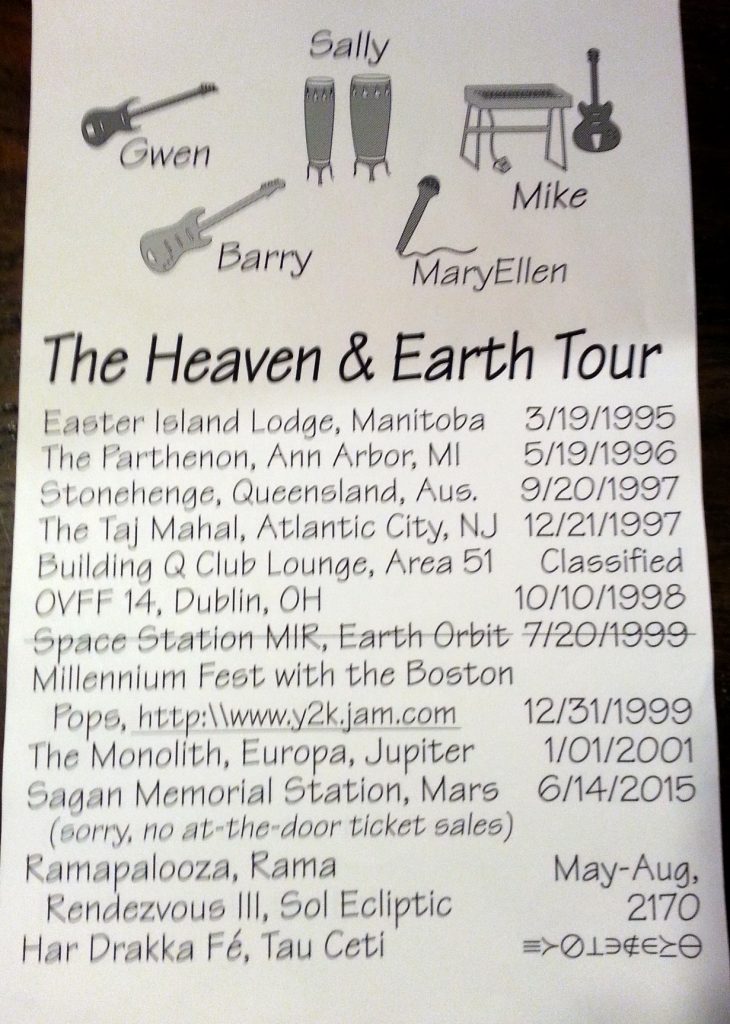