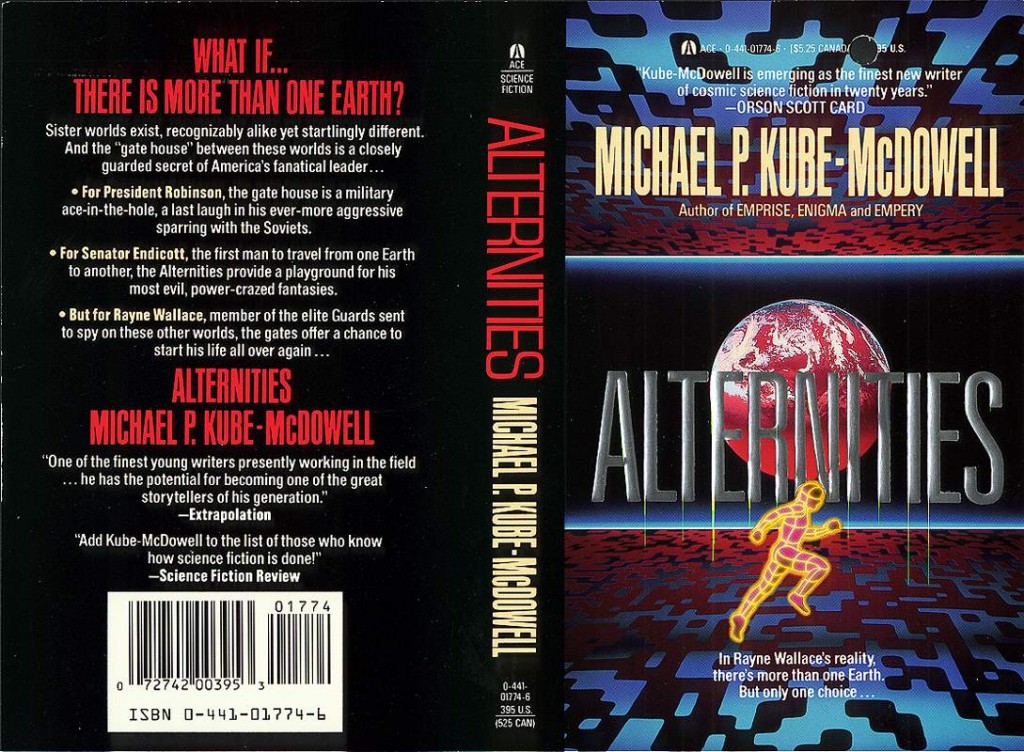 Dedication
For Eleanor Mavor and Melissa Singer,
who opened doors

And for Russ Galen, who now guards them.

“Alternities is the best parallel universe novel to come around in years and years. Michael P. Kube-McDowell creates a startlingly believable universe and takes us on a thrilling tour.”
—David Brin, author of The Postman and Startide Rising

“Alternities is an exciting novel of alternate worlds. Kube-McDowell is an author to be reckoned with.”
—Greg Bear, author of The Forge of God and Blood Music

“…engrossing…as gripping a page-turner as anything I’ve read since Seven Days in May…the work of a novelist who has reached the peak of his storytelling powers.”
–SOUTH BEND TRIBUNE

“Alternities may well be the best parallel world novel of this or any other year. One can only hope that, though none is mentioned, there will be sequels.”
—Gene DeWeese, MYSTERY SCENE

“Alternities is nothing less than a political science tour de force, an exercise in alternate history and sociology, set against the dramatic countdown to a different America’s first-strike nuclear Armageddon. Turn off the TV and read this one now; it’s a keeper.”
—Dean Lambe, OTHERREALMS

“Kube-McDowell keeps the tension high…His characters and their worlds are convincing enough that their destiny matters. Alternities will make you think — and care.”
—Faren Miller, LOCUS

“…a hell of a good book, the best SF I’ve read in a long time.”
—Crawford Kilian, author of The Empire of Time

“This book gave me as much old-fashioned enjoyment as just about any other I’ve read this year…A great thriller, and a very gripping piece of science fiction.”
—Paul Kincaid, PAPERBACK INFERNO